Posted: May 07, 2019 Under: Information Technology By Gwen George No Comments

The smart device market is booming in 2019, and investment rates in intelligent home security, home robots, and AI voice assistance are at at all-time high. Internet-of-Things (IoT) connected devices are also expected to quintuple in number to at least 125 billion by 2030 at their current rate of growth, but there might be even more by the time the next decade swings around.

From smart Hive lightbulbs and Alexa-style speakers to specialized ‘hearables’ like the Bragi Dash, we are entering into a more connected world with every month that goes by. All of these devices capitalize on the concept of the IoT, in which devices communicate directly with one another through the cloud or a specially engineered online network.

The aforementioned growth of this trend is already being reflected in the market for consumer-level IoT devices, which are rising dramatically with every year that passes. In the meantime, Reply’s SONAR Trend Platform has predicted this year’s biggest smart device trends and movements, showing that more affordable hardware and components is making it easier than ever to add web connectivity and processing power to more devices.

Furthermore, advancements in smartphone technology, artificial intelligence, and changes in consumer habits are all contributing to the latest trends in smart tech, according to the Trend Platform. SONAR says that consumer IoT is the result of “digitization” of multiple areas, alongside the advancement of smartphones with powerful sensors, cameras, and processors.

The most apparent trend this year, the company says, is a major shift from simple smartphones and fitness trackers like the FitBit to AR systems that are connected to digital assistants, smart glasses, wearables, hearables, and even so-called smart clothing. By using new interfaces like speech assistance and gesture and thought control through a fusion of digital and analogue, SONAR admits that the rising force of modern tech seems unstoppable to say the least.

Personal Assistants are On the Rise

In terms of this year’s personal device trends, one of the biggest is digital assistants like Google Assistant, Amazon Echo, Alexa, and Apple Homepod. A study by GlobalData has estimated that the number of automated voice assistance will hit the 100 million mark by the end of 2019, and is likely to double to 200 million by next year. Reportedly, there are now as many as 600 million people using these devices at least once a week on a global scale. 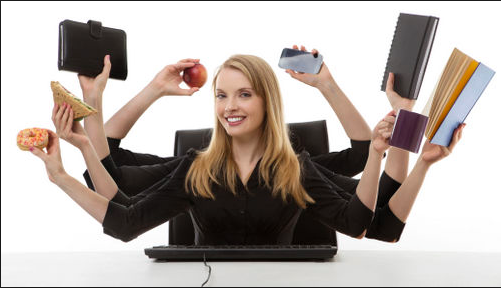 The smart fashion market is also growing exponentially, and is expected to hit a value of around $2.9 billion by 2022. According to SONAR, our adoption of personal IoT device is set to increase because of our interest in real-time support, continuous entertainment and online casino Singapore action, and instant connection to anything or anyone we desire. Of course, being able to wear IoT-connected devices will certainly help to meet those desires, hence the wide range of wearables that are flooding the market today.

Last but certainly not least on this year’s list of tech trends is home robots that can complete daily tasks like vacuuming, doing the laundry, helping the kids with their homework and chores, and everything in between. It is expected that home robots will have a share of $11bn in the whole US robotics market by 2020, and on a global scale, the smart home market will reach a value of around $150.6bn by 2023.

This growth, according to SONAR, will be cemented by other up-and-coming trends, including smart security, smart toys, and smart lighting systems. The international smart home security market is growing by at least 27% per year, and as consumers seek out increasingly effective means to protect themselves and make their lives easier, the industry might well grow even faster in the foreseeable future.