Posted: September 28, 2020 Under: Hacking By Gwen George No Comments

We are entering into the age of Big Brother, where massive, multinational corporations are harvesting our personal and private data in order to learn more about us, often for monetary gains. At the moment, there are a large number of different rules, regulations, and agencies that monitor how much information is being harvested and to what end, and that has given us some insight into how companies like Google and Facebook are making use of our personal data.

Here we will look at big data and how it uses a person’s online data to build a specific profile almost entirely for advertisement, although it can sometimes be for more.

It’s a common adage that if you are not paying for a product, then you are the product. This is a business strategy that has been extremely successfully deployed around the world, where both corporations and governments have harvested and used a populations’ data for a number of ends. One of the most profit is personalised ads, which are adverts that are specifically designed for a specific person, and it’s proven to be one of the greatest sources of revenue of all time. Google, for example, is currently the world leader in terms of data harvesting, and they use information from all of their free services, like Gmail, to personalise ads which are then displayed to users through services like YouTube. 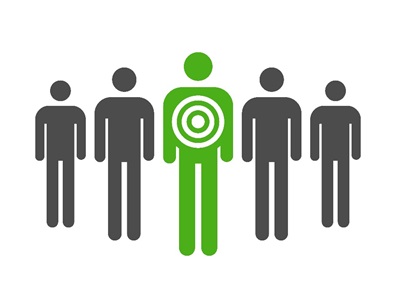 Facebook uses a similar approach, except that they give much less control to their uses in terms of what can and cannot be displayed to them in terms of ads. Despite all the controversies surrounding Google at the moment, they do allow their users to access their own personal data and see how their personalised ads are put together, as well as having the option to fully opt out of anything that they don’t agree with.

While most companies would outright deny that they sell their users’ information, it’s become a very popular practice in the data industry. Similarly to it’s known that network operators will sell numbers to the highest bidder, many companies might sell email addresses for mass marketing campaigns, which is often how spam is able to get to new accounts, and can change how we live in the modern world, from what we buy to what we watch while enjoying times with friends. This is a practice that is not quite as prolific as it used to be as bigger companies like Google clamp down on how much data is available to third parties, but it’s common enough to be a serious problem even to this day.

Big data breaches are becoming much more frequent as more people surrender more information to corporations. This can include full names, identification numbers, email accounts, and rarely financial information. Cambridge Analytica, for example, is considered to be one of the biggest data breaches of all time, and saw the data of hundreds of millions of Facebook users being exposed on the internet. It’s a growing concern, and despite the advancements in security, it’s a good idea to avoid putting any personal or financial information on social media specifically.