Posted: January 14, 2020 Under: Hacking By Gwen George No Comments

Born on the imageboard 4chan in 2003, Anonymous is something of a modern phenomenon. Initially, the group was something of a digital hivemind with anarchic leaning, but in 2008 it launched a hacktivist operation that proved Anons are not just a bunch of meme-sharing neckbeards.

Anons, as group members are known, have inflicted DDoS and other cyberattacks against governments, corporations, religious organisations, hate groups, and terrorist organisations around the world. The following are just some of the highlights from more than a decade of hacktivism.

Anonymous’ occasionally-questionable ethical hacking began with 2008’s Project Chanology, which targeted the Church of Scientology. It started when Gawker posted a video of Tom Cruise promoting the religion. The church claimed that posting the video was in violation of copyright. A letter from the church’s lawyers demanded that the gossip site delete the video.

Anons launched DDoS attacks using Gigaloader and JMeter apps, before switching to using the Low Orbit Ion Cannon network stress tester app. Anons also faxed black pages to church offices and made prank calls to the Scientology hotline. A YouTube video posted by Anonymous claimed it would banish the church from the internet for the good of humanity.

On 10 February, thousands of Anons protested church offices in various countries, which must have been as exciting as top-quality bingo games for Kiwi players online. Many wore the Guy Fawkes mask seen in the V For Vendetta movie and comics. The mask has become an unofficial symbol of Anonymous.

The operation expanded into Avenge Assange when MasterCard, Visa, and PayPal refused service to WikiLeaks and Amazon.com removed the organisation from its servers. This followed threats from the US government following WikiLeaks’ publication of leaked diplomatic cables. Anons used the LOIC to launch DDoS attacks, and the managed to take down or cause disruptions to websites of PostFinance, EveryDNS, Senator Joe Lieberman, PayPal, Visa, and MasterCard. 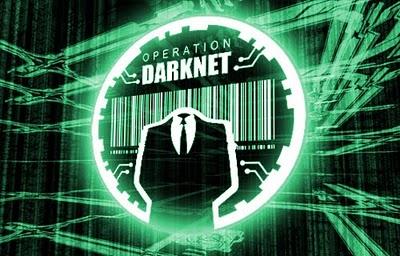 An offshoot group calling themselves Anonymous Africa launched an attack on websites of companies owned by the Gupta family. Based in South Africa at the time, the family and then-president Jacob Zuma were at the centre of a state capture scandal.

The Gupta-owned company sites that received DDoS attacks included media platforms ANN7 and the New Age, as well as Sahara and Oakbay Investments. The operation then expanded to include attacks on the South African Broadcasting Corporation and Economic Freedom Fighters party websites, as well as that of the Zanu-PF party website in Zimbabwe. The SABC and parties were accused of racist, nationalist rhetoric.