Posted: January 14, 2019 Under: Hacking By Gwen George No Comments

According to security company Cloudflare, the average cost to an organisation following a successful DDoS attack is $100,000 for every hour the attack persists. As such, it’s imperative that you safeguard your website in order to prevent any potential DDoS attacks. Here are 6 tips and tricks to do just that.

How a DDoS Attack Operates

A Distributed Denial of Service (DDoS) attack typically involves assaulting an IP address with large volumes of traffic generated from multiple sources making it impossible for legitimate traffic to contact the web server and the website becomes unavailable. If the targeted website processes payments, a DDoS attack which lasts just a few hours can be crippling.

The most straightforward way to make your website DDoS resistant is to ensure that you have enough bandwidth to handle any spikes in activity which may be caused by malicious activity.

In doing so, the bar which attackers have to overcome in order to launch a successful attack becomes higher.

2. Include Redundancy in Infrastructure

In order to make a DDoS attack as challenging as possible, spread your servers across multiple data centres which includes a reliable load balancing system in order to distribute traffic evenly.

While not always possible, it’s ideal if these servers are in different countries or at the very least different regions of the same country.

Much like small changes to online betting can increase your chances of winning, there are a number of simple modifications which can be made to hardware configurations in order to prevent a DDoS attack.

One such modification is to configure your firewall or router to drop incoming ICMP packets or block DNS responses from outside of your network as this may prevent certain CNS and ping-based DDoS attacks.

While your servers should be protected by network firewalls and far more specialised web application firewalls, it’s a good idea to use load balancers as well.

Many hardware vendors now offer software protection against DDoS attacks by observing how many incomplete connections exist and discarding them when the number reaches a configurable threshold value. 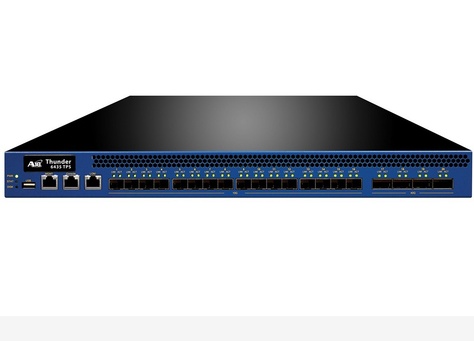 Owing to the prevalence of DDoS attacks in recent times, many security companies now offer appliances which are placed in front of network firewalls in order to block DDoS  attacks before they can even take effect.

A number of techniques are utilised in order to do so, for example, performing traffic behavioural baselining and then blocking all abnormal traffic or blocking all traffic from known attack signatures.

Another solution is to make use of a cloud-based DNS provider which can offer high bandwidth and multiple points of presence (PoP) in data centres around the world.